In Conversation with Pia Tjelta 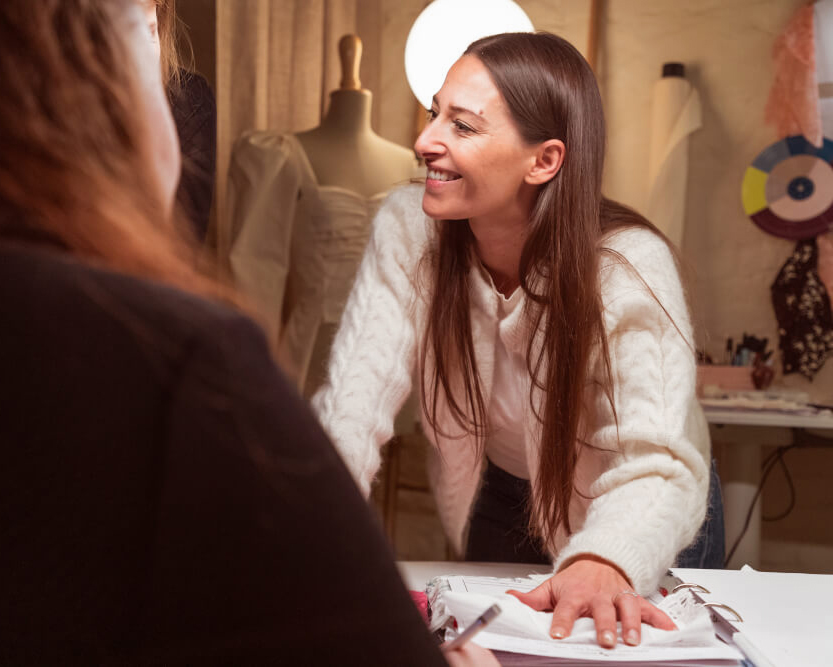 How do you begin to talk about Pia Tjelta? As an actress? A businesswoman? A designer? She is the youngest person to ever have her picture hung on the prestigious walls of Oslo’s Theatercaféen. She is one of our greatest exports to the European film- and theatre scene. As a designer and businesswoman, she has translated her love for beautiful, flower-patterned dresses into a clothing brand that has become a staple in our wardrobes and the Oslo Runway program. But what does Pia Tjelta want to call herself? I spoke to her about transitioning from stage to sketchbook and how the two careers aren’t really all that different.

Most people recognise you as one of Norway’s leading actresses, not immediately as a designer. How has that transition been for you?

As an actress, I use clothes to build a character and to tell something about who a person is. Costumes are an important asset to the psychology and intellectual analysis I work with when interpreting or developing a new character. Clothes can by themselves pinpoint where this person is set in society, both cultural status and social status. It tells us so much about a person's history and only small adjustments or details can give the audience a sense of both the character's external and internal life. Costumes have always interested me a lot because the placement of a seam on a dress does something about how we carry ourselves and how we move. All these things tell the story of who we are, who we want to be and how we want others to see us.

Your right in that both crafts are about expression and character. If you boil it down, the two careers are not all that different. Would you say the creative process is similar also?

When designing clothes I build a dress the same way I build a character. I work intuitively and emotionally. I imagine where the dress is going, and especially what kind of emotions it can trigger or give to the girl wearing it. I tend to create a different story for each item in the collections. So yes, you are right: I am not a designer in that sense, I am a storyteller, and whether I use film or theatre or clothing to do that, it is, for me, just different aspects of telling stories. And hopefully being able to touch someone's heart a little bit along the way.

What is the most important thing you learnt from acting that you brought into your career as a designer?

Hard work and the fact that you’re never able to turn off the creative process. It’s always present, day and night.

Your first experience as a designer was for the Norwegian brand byTiMo. What made you decide to leap from working for others to working for yourself?

After co-working with byTiMo I was missing the creative process of working with clothes, materials and colours. I am especially fond of the development process, so I considered maybe to do costume design at the theatre once. But when I met Arnt Jakobsen, now business partner and head of sales, the opportunity to work together opened up. I make it sound like a fairytale now, but believe me, I had no idea how much hard work and sleepless nights that were awaiting!

What is one thing you wish you knew before starting this process?

I wish I knew that starting my own brand would be so enormously time-consuming and not always compatible with having another profession.

For your debut runway two years ago, you gathered women of all ages and backgrounds to a beautiful fashion show in the streets of Oslo. There was a great sense of excitement in the air, not only for the clothing but also for the strong message of unity and inclusion. Would you say these are core values of your brand? How do you want the women wearing your pieces to feel?

I want all women to feel strong, self-loved, independent and most importantly honour themselves regardless of background and diversity. And I hope that my clothes can add a little extra to make them feel their best. All women are at their most beautiful when they are comfortable. 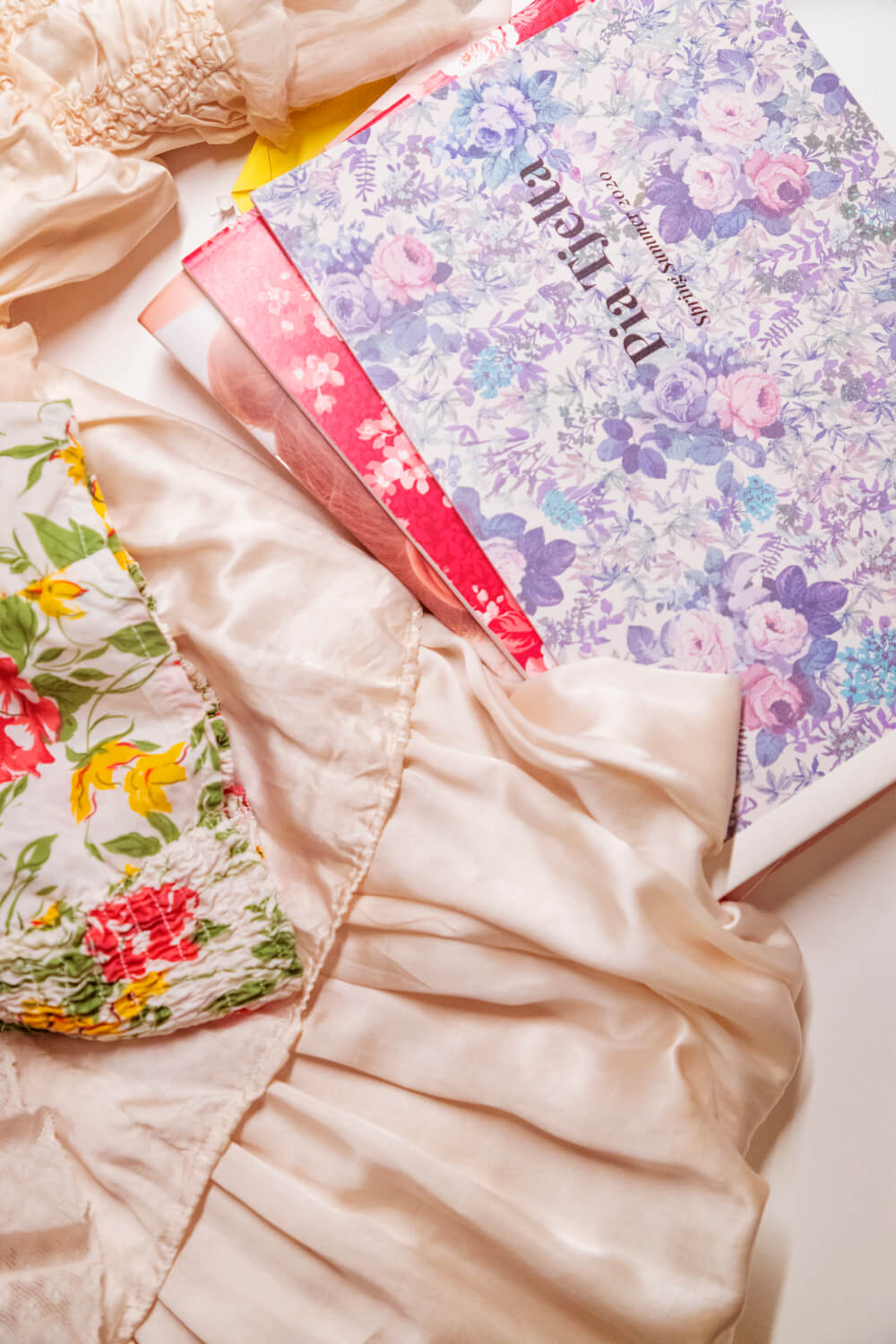 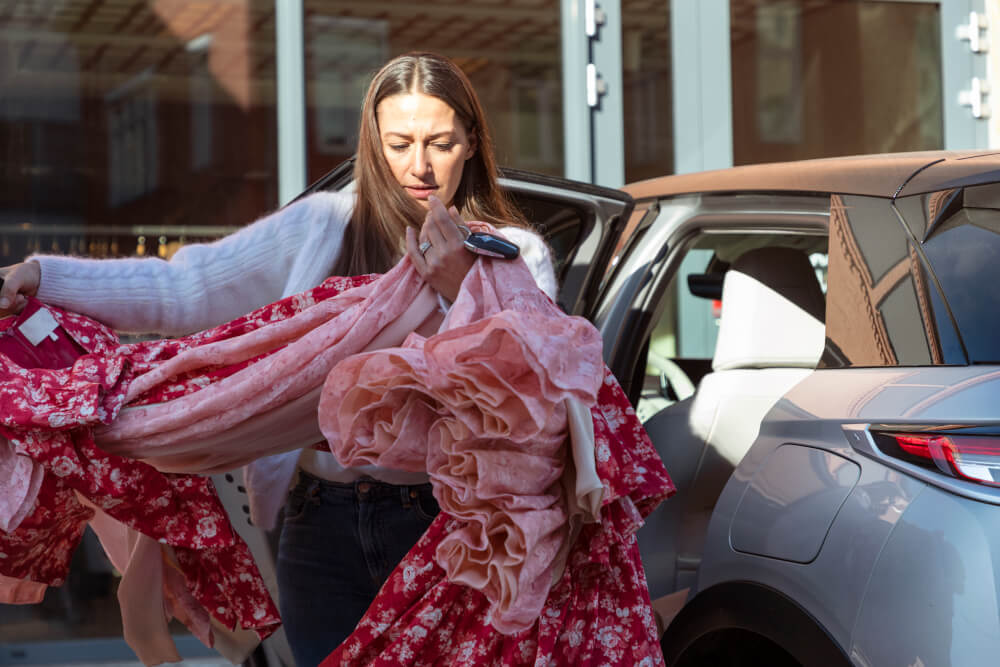 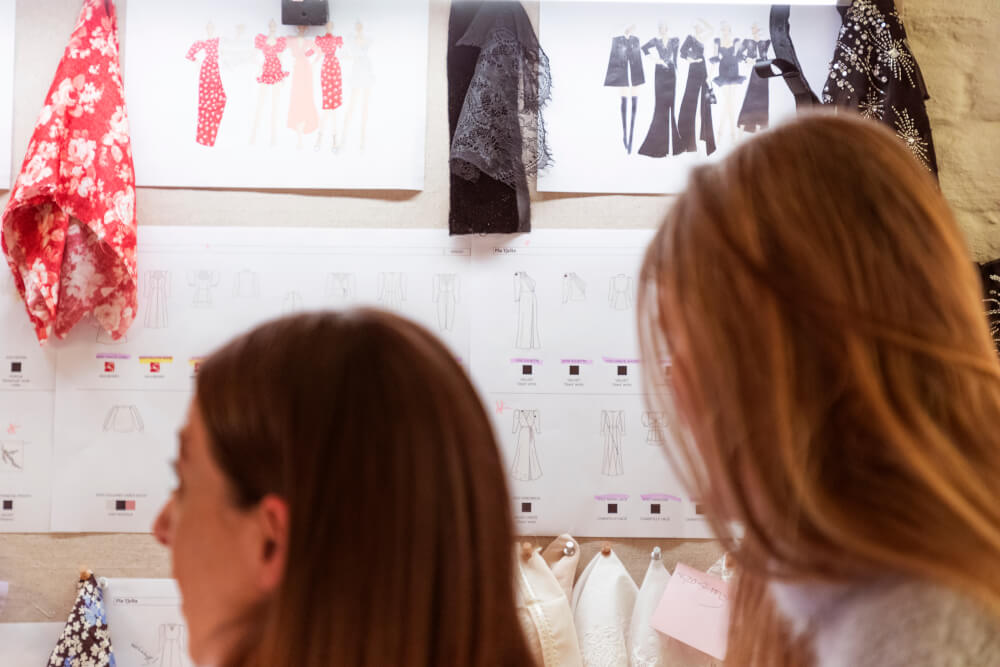 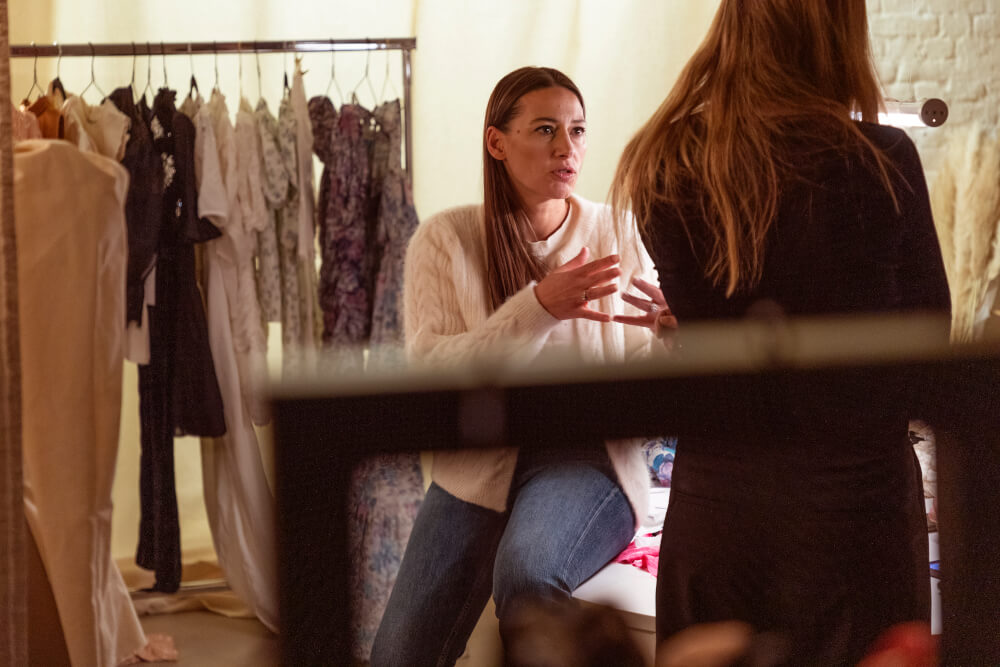 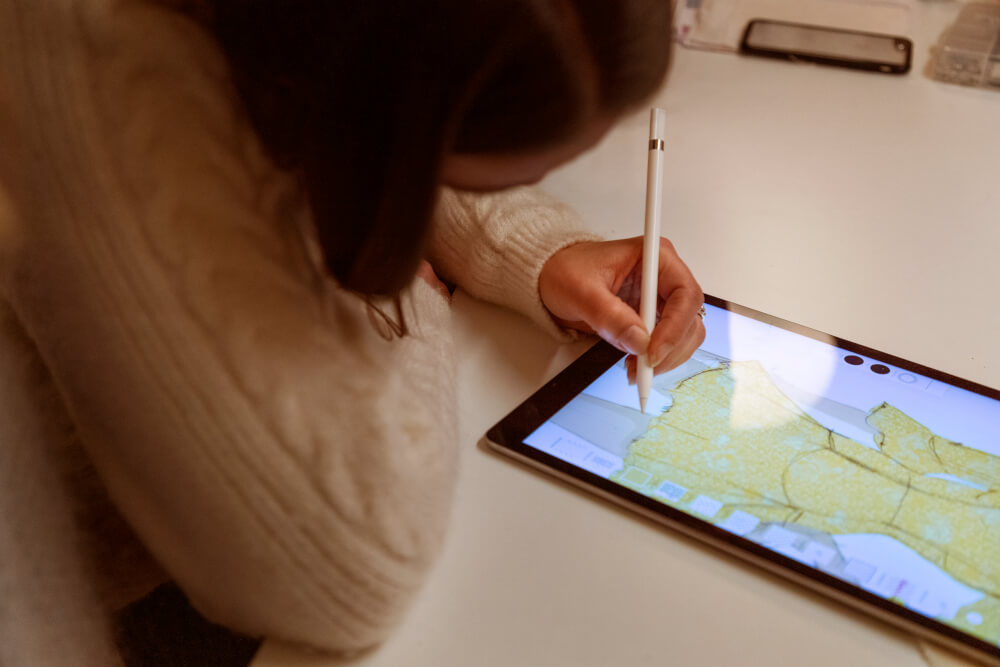 How are you and your team navigating the ongoing debate of diversity in the fashion industry?

We strongly believe that diversity will make every brand better as different people bring different inspiration to the table. For me, diversity is a given.

Let’s talk about the elephant in the room – the ongoing pandemic. How has the pandemic influenced your current collection?

The sketches for this collection were nearly done before COVID-19. And when the virus hit we were all put in this weird and uncertain position of not knowing what the future would bring. Our main factory in India shut down within 2 weeks and so did the development process. During this time we had to re-think and-re build the collection, and the outcome of SS21 was - surprisingly - more vibrant colours, vivid fabrics, dreamier prints. We were like “we need more colours, more hope, more dresses.” And I visualized when this was over we would wear our prettiest dresses and walk the streets celebrating. Personally, I needed the inner picture of us all dancing again to regain hope for the future and to feel connected.

After going through that process and looking back at it now, did it more provoke stress or more creativity?

COVID-19 has definitely provoked more stress and uncertainty! But because we were forced to think differently this made us more creative. We all needed to slow down and to allow the creative process to develop over time. We needed to acknowledge our need for togetherness and connection. It certainly made me reconnect with my core values.

Lastly, the biggest issue on the collective fashion consciousness is sustainability. Are you taking any measures to become a more sustainable brand? Do you believe sustainability can ever be a core value of the entire fashion industry, not just our immediate industry?

Yes, I believe so, but this is a long process. Off course this is extremely important for us. But the reality is that it’s hard to run a brand and make a living of it. So there’s always a sense of balance when it comes to sustainable production; to be both environmental and eco friendly - and keep the brand going economically. That said, I feel a great responsibility when working in the fashion industry. We are very fortunate to be working with serious partners with a strong focus on environmental issues. Every step counts, and we all have a responsibility to achieve better or do better. Our goal is to be as climate-positive as possible. We work with GOT certified factories, we use natural or organic materials and we want to be as transparent as possible during the whole process.

What do you think the future holds for Norweigan fashion?

I think the pandemic reminded us of everything we have around us, and that is where our future lies. Our film industry had to halt international productions and find local opportunities instead. Film and theater have always been an industry with immense encouragement and support, and that has only grown stronger during this time. For fashion, foreign export and import needed to be reevaluated and local solutions had to be considered. This effort proved that we are a more dynamic and self-sufficient industry than we initially thought. I’ve also seen how loyal and supportive the Norwegian consumer is. People want to wear clothing that’s locally produced and that makes them feel like a part of something. Norway is small, and I like to think of all Norwegian design as one family. This family is made even stronger by the pandemic and made us all appreciate what we have right in front of us.